This two-part author event gets up close and personal with Queen Victoria, her subjects and acquaintances, as told through letters from the time. It also explores international affairs and the British Empire in the true stories of the Britons who set sail for India.

This two-part author event gets up close and personal with Queen Victoria, her subjects and acquaintances, as told through letters from the time. It also explores international affairs and the foundations of the British Empire in the true stories of the Britons who set sail for India.

Over a period of 350 years, many Britons went to India but who were they and what drove them to risk their lives on the long sea journeys and what did they do when they got there? From viceroys, soldiers and engineers to rascals, men who went native and women who scorned the traditional role of memsahib, David paints a rich panorama of some of their experiences. THE BRITISH IN INDIA is ‘Glorious, human, colourful, teeming and spicy. If you read just one book on imperial India, let it be this.’ (Sunday Express). A hugely acclaimed author, David’s books include award-winning biographies of George Curzon (Duff Cooper Prize) and Rudyard Kipling (Elizabeth Longford Historical Biography Prize) and THE RULING CASTE: IMPERIAL LIVES IN THE VICTORIAN RAJ. THE BRITISH IN INDIA was widely chosen as a Book of the Year.

What did Queen Victoria think of the people she met – and they of her? As one of the most powerful and influential people of the age, Queen Victoria met everyone from Florence Nightingale to Buffalo Bill, as well as royalty from around the world. After these meetings she and her subjects often recorded their impressions, sometimes favourable and sometimes not! Based on previously unseen letters and diaries, AN AUDIENCE WITH QUEEN VICTORIA looks at some of the exchanges between the Queen and a veritable ‘who’s who’ of her time. Ian is a photographer and royal commentator for a variety of news channels, newspapers and magazines. He has photographed every member of the Royal Family, Nelson Mandela. Elizabeth Taylor, the Dalai Lama and more. When not writing and taking pictures, Ian lectures on luxury liners! 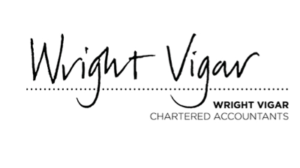