Explore grand houses and ghostly goings-on in this two-part author event set around two new works of historical fiction – each with an enigmatic house at their story’s heart.

Explore grand houses and ghostly goings-on in this two-part author event set around two new works of historical fiction – each with an enigmatic house at their story’s heart.

Kettlethorpe is best known as the home of Katherine Swynford, one of the most romantic figures of medieval times, but it is also Sarah’s home and in KATHERINE’S HOUSE she has created a life for some of the other occupants whose footsteps echo through its history. In telling the story of Kettlethorpe, Sarah touches on some of the greatest events in our history, from the Danish invasion to the Battle of Lincoln Fair, the Pilgrimage of Grace, the Civil War and “Bomber County”. Baroness Hogg was the first woman to chair a FTSE 100 company, is the former head of the No.10 Policy Unit and was one of the first presenters of Channel 4 News. She is a Trustee of the Historic Lincoln Trust and has lived in the county for 40+ years. Kettlethorpe may once just have been Katherine’s house but it is now definitely Sarah’s house too.

Multi-award-winning fiction author Susan Fletcher returns to Lincoln with her new book HOUSE OF GLASS. Haunted by memories of empire, it is  a gothic mystery reminiscent of Daphne du Maurier – ‘a ghost story that’s also a love story’. In June 1914 Clara is invited to a large country house to fill a greenhouse with exotic plants from Kew Gardens. But something is wrong: the gardens are already full of flowers but the house itself feels unloved, the owner absent and the maids afraid. Something is walking through the house at night and Clara finds herself drawn deeper into its dark interiors. Susan’s first novel, EVE GREEN, won the Whitbread First Novel Award, the Betty Trask Prize, the Author’s Club Best First Novel Award and was a Richard & Judy Summer Read. Her last book was LET ME TELL YOU ABOUT A MAN I KNEW. 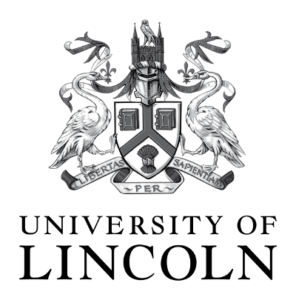