Award-winning young adult fiction author Melvin Burgess will open proceedings at this year’s Lincoln Book Festival as special guest speaker at a free event showcasing new creative writing from people of all ages across the region.

Regarded as one of the best writers of contemporary children’s literature and the ‘godfather’ of young adult fiction, Melvin Burgess won both the Carnegie Medal and The Guardian Children’s Fiction Prize for his acclaimed but controversial novel Junk (1996). He has published more than 20 books for children and young adults since his debut, The Cry of the Wolf, almost 30 years ago, including the novelisation of the film Billy Elliott (2001) based on the screenplay by Lee Hall. His books have covered a diverse range of real-world topics, from drug addiction to dementia, with more recent work moving into fantasy, including his latest novel, The Lost Witch (2018). 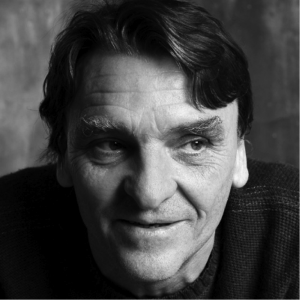 Melvin Burgess will give a guest talk at the Lincoln Book Festival 2019 Launch Party, which takes place at the historic Lincoln Drill Hall theatre in Freeschool Lane on Monday 23rd September, starting at 6.15pm. The event is free to attend but prior booking is essential.

At the same event, literacy charity First Story will showcase its valuable work in local schools with readings from some of the young writers who have been developing their writing talents in the classroom with support from First Story’s writers-in-residence scheme.

Winners of two creative writing competitions – the Aurora Writing Prize 2019 (with Writing East Midlands and the Society of Authors) and Lincoln Book Festival’s Flash Fiction Competition 2019 – will also be revealed on the evening. There will be workshops for young writers and food / refreshments.

Karu is delighted to sponsor the launch event of the Lincoln Book Festival, most particularly…